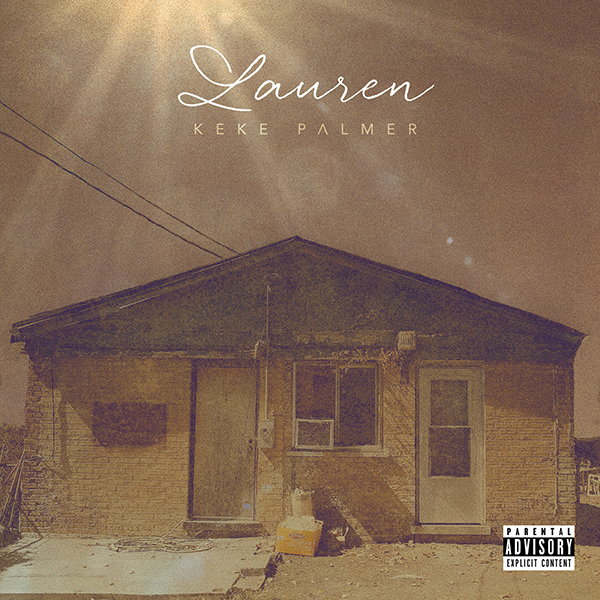 The wait is over Kids! Keke Palmer has just released a brand new EP titled ‘Lauren’ and boy was it worth the wait. I personally fell in love with KeKe in her cameo role in Beauty Shop  back in 2005, Starring Queen Latifah, but many know her better as the spelling bee champ in Akeelah and the Bee starring Angela Basset and Lawrence Fishborne. It wasn’t until after the release of this film that I release that KeKe was more than an actress, but in fact, a singer as well. In 2013 “All My Girlz” was released as apart of the Akeelah and The Bee soundtrack and from that moment forward I knew this girl would be around for a long time.

Fast forwarding to now, Keke has been killing the game as Zay Day Williams, the former co-president of the Kappa Kappa Tau sorority, on the hit show Scream Queens,which is now in its second season on FOX. KeKe also surprised her fans with not one, but with two single releases this year for  I Don’t Belong To You, and Enemiez.  Since the release of both songs, the ‘Kids’ as KeKe would call her fans,  have been waiting on a full body of work, and the gag is, the wait is over.

Lauren is a phenomenal project that is unique in sound due to the great qualities all R&B music fanatics love. KeKe is obviously heavily influenced by the 90’s because she embodies the vibe of one of R&B’s greatest gifts, Brandy, in so many ways. This influence is most clear in the opening song ‘Doubtful‘ which showcases KeKe’s lower register as well as her keen ear for beautiful harmonies.

This project also showcases a side of KeKe that most haven’t seen, and that is Lauren, the 23 year old – TALK THAT ISH- BOSS. KeKe is definitely talking that talk in the up tempo banger ‘Got Me F****d Up‘ featuring Dreezy with lyrics like:

Had to put the B**tch N*gga in the Coola. Six grade teacher with the ruler, Young n*gga who you gassing? Didn’t know young Akeelah in the Bee could get nasty.

Lauren doesn’t just stop there, in my favorite track ‘Jealous‘ KeKe is letting all the haters know not to get it twisted. Don’t let the characters on Televisions fool you because this Chi-town, Southside, Mudville chick is not to be played with.

I am in awe at KeKe’s growth as a singer and songwriter, and in LOVE with this project. I can’t wait to see what great things she has coming up next, including the Release of her directorial debut ‘Pimp’ and her project Ganjapreneurs.