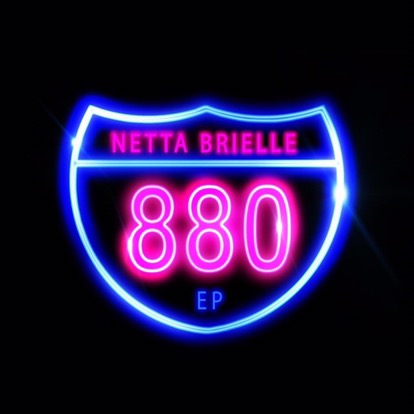 The Bay Area has been putting in major work this year, as far as music  is concerned. Another talented artist that should definitely be on your radar is Netta Brielle, an Oakland born superstar. Netta B. has been dropping musical gems since the release of her mixtape ‘Will You Go With Me’ and has gone on to reach major success with her single 3xs Krazy, off of her debut album 580!  Just when you thought it was over, the saga continues! Netta B is back with her new EP 880, and boy is it FIRE!

Earlier this year Netta Brielle alluded to her fans that a new project was on the way when she released her single “My Boo” and as always, she has delivered! 880 is here and it is a very eclectic project, meaning that it has something for everyone. If you feel like dancing, then ‘My boo’ is the song for you. If you want to cool down and just feel like TRAPPIN then listen to ‘Therapy’ featuring Big Von.

Being that Ms.Brielle is a certified singer, you know she also has to give us the melodies and harmonies that we love her on records like ” Not Right Now” and’ Bay 2 LA‘. Netta Brielle also opens up and shows us a more vulnerable side of her with the beautiful ballad “Push”.

Lastly my personal favorite, “580”, which was previously an interlude on the album 580. Earlier this year I had the pleasure to sit down with Netta and I expressed with her my love for this record but I just wished it was a full song. Well, my prayers have been answered and the extended version is everything I could imagine and more.

880 is a great body of work and I hope that everyone who has the chance to check it out loves it as much as I do!

To listen to 880, click HERE as well as listen to her new single “My Boo” Below!